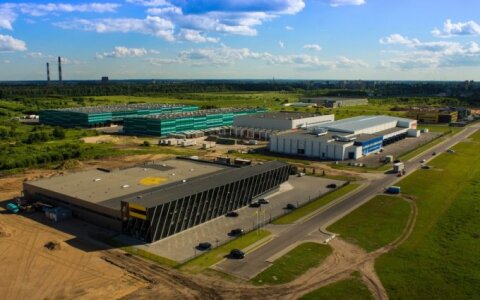 The revenue the Kaunas LEZ management and infrastructure companies are receiving or will receive from part of enterprises operating there have been frozen, and attempts to halt the debt recovery through courts have been unsuccessful so far.

Based on the bailiff's arrangement, a copy of which BNS Lithuania has, the revenue freeze now applies to revenue the Kaunas LEZ operator and Kauno LEZ Infrastruktura are receiving or should receive from Fitsout, Kopa, Finnfoam, Aibes Didmena, Hella Lithuania and Run Engineering. The companies have been ordered to transfer funds to the bailiff's account. The arrest applies to an amount of 8.627 million euros.

The Kaunas LEZ operator and Kauno LEZ Infrastruktura, their Belgian shareholder Antwerpse Ontwikkelings En Investeringsmaatschappij and the UK's Knightsbridge Property Management signed an agreement with their creditor Channel Hotels and Properties in January, 2018 on the repayment of loans worth 7.228 million euros and agreed interests by the end of September, 2023.

In April 2018, another agreement was signed and the Kaunas LEZ operator and Kauno LEZ Infrastruktura pledged their existing or future revenue of up to 8.896 million euros it receives from part of the LEZ lot subtenants, as collateral to Channel Hotels and Properties.

The Kaunas LEZ operator told Vilnius Regional Court that it only "later turned out" that through this debt agreement "without any financial or other benefits" it took over the loans of Antwerpse Ontwikkelings and Knightsbridge Property Management received from Channel Hotels and Properties, thus significantly impeding its own financial situation and the rights and interests of its other creditors.