Sources: Grybauskaite was among candidates for EC president 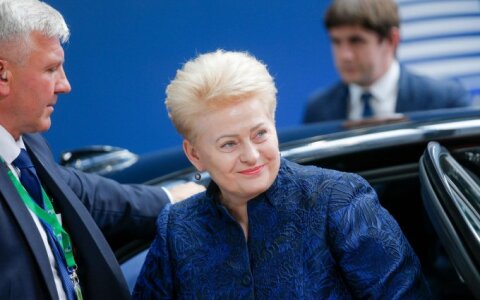 Lithuanian President Dalia Grybauskaite was considered among candidates for president of the European Commission during the tense talks on key EU positions, sources in the European Council and European Parliament told BNS Lithuania.

Eventually, none of the politicians was proposed for top positions after Central European countries and Italy objected to Timmermans' appointments and the European People's Party demanded to get the position of the Commission president.

It was one of over a dozen combinations discussed by EU officials during the talks started on Sunday. And the mentioned combination was disclosed by the EPP representative Weber during a meeting of the right-wing political group in the EP on Tuesday night, a politician present at the meeting later told BNS Lithuania.

Sources: Grybauskaite was among candidates for EC president