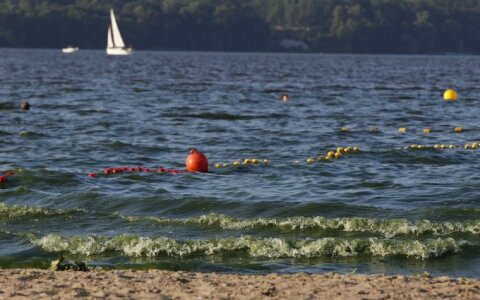 A sailing exhibit of the Lithuanian Sea Museum, a replica of a traditional fishermen boat – kurenas, has on Tuesday sunk in the Curonian Lagoon. Two people were saved but the captain is missing, Nina Puteikiene, spokeswoman for the museum told BNS Lithuania.

"Two people were saved, and the search for its captain Romaldas Adomavicius is taking place," she said.

Puteikiene said Adomavicius built the ship himself in 2000 and it was a sailing exhibit of the Lithuanian Sea Museum. It was heading to a gathering of ships that will take part in a national expedition in Kaunas on July 6.

A call about the accident in the Curonian Lagoon was received at 1.54 p.m. Giedrius Misutis, spokesman for the State Border Guard Service, told BNS Lithuania a border guard boat was sent to the area and border guards pulled two people out of the water, with the third still missing.

Ausra Vaitkeviciute, a spokeswoman for the Ministry of National Defense, told BNS Lithuania an army helicopter has been sent to the area.