Vilnius and Kaunas to organize excursions where HBO's "Chernobyl" was shot 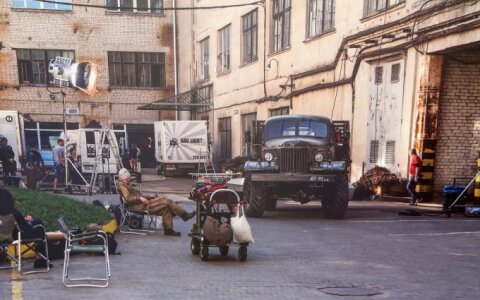 Lithuania's capital of Vilnius and the country's second-largest city of Kaunas plan to organize excursions for tourists to visit places were the popular HBO miniseries Chernobyl was shot.

Kaunas Tourism Information Center says an excursion called "Chernobyl.Kaunas" will be organized as of early July and it will invite tourists to visit places where the series was shot and listen to unheard stories from the set. Participants will be able to visit open city spaces and also closed locations where the five-installment series was created.

Earlier, plans to organize similar excursions were announced by Vilnius Tourism Information Center. Go Vilnius, the tourism promotion agency, and Vilnius Film Office voiced plans to introduce the project to travel agents so that they could organize excursions and tours based on the popular series.

Produced by HBO, Chernobyl is a drama television miniseries created and written by Craig Mazin and directed by Johan Renck, depicting the Chernobyl nuclear disaster of April 1986 and the unprecedented cleanup efforts that followed. It features a cast led by Jared Harris, Stellan Skarsgard, and Emily Watson.

The series premiered earlier this year and earned the highest IMDb rating for a television series. The majority of the scenes were shot at the now-closed Ignalina nuclear power plant in Lithuania as it has the same-type reactor as the Chernobyl nuclear facility had, as well as a number of areas in Vilnius and Kaunas.

Vilnius and Kaunas to organize excursions where HBO's "Chernobyl" was shot