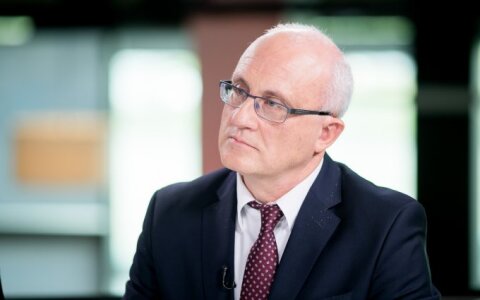 The Lithuanian Seimas' Committee on Budget and Finance, investigating the circumstances of the decade-old economic crisis, have in principle approved its conclusions on Wednesday.

They state that the crisis was sparked by banks, and the central Bank of Lithuania failed to ensure proper supervision. The committee will endorse the final conclusions later, and they will be put before parliament by the end of October.

Related articles
Head of Financial Crime Investigation Service: Revolut might cause problems for Lithuania
Prime Minister says he has no confidence in central bank governor

Jakeliunas is leaving to work in the European Parliament in early July.

He says the key conclusions will no longer be changed but they still need a bit of editing. Moreover, a list of recommendations has also been produced but it will be updated.

"It's stated very clearly that banks sparked the crisis, and the Bank of Lithuania did not supervise them. And Sweden's Financial Supervisory Authority is also responsible for that. There are also proposals regarding Vilibor to take the judicial path. In all other cases, there's political responsibility and learning the lessons for all institutions, including the Bank of Lithuania, the government and the Seimas," Jakeliunas told the committee sitting.

The committee concluded earlier there was sufficient financial discipline in 2005-2006 but it started deteriorating in 2007, and the budget was adopted in 2008 in breach of fiscal discipline.

Besides, the committee states, the government had the possibility to receive cheaper loans from international institutions than in 2009-2012 but failed to use the opportunity. Jakeliunas calculated later that the decision not to turn to the European Commission for financial aid cost Lithuania some 2.1 billion euros in 2009-2018, including some 0.2 billion euros because of the late closure of the Snoras bank.

Lithuanian President Dalia Grybauskaite said in May the Seimas is unduly interfering into the activity of the Bank of Lithuania. Last month, Jakeliunas initiated a vote of no-confidence in the Bank of Lithuania's board chairman Vitas Vasiliauskas but the ruling parties failed to secure the necessary number of votes.