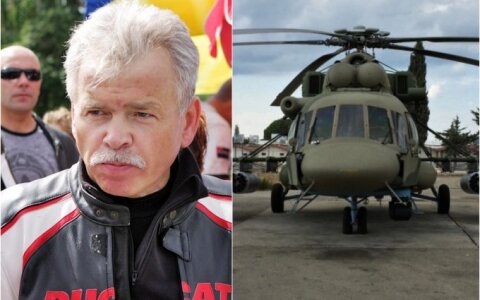 Aviabaltika, a company based in Lithuania's central Kaunas District and owned by businessmen Yuri Borisov, is making money from orders from Lithuanian border guards and the country's army, the delfi.lt news website reports on Thursday.

The State Border Guard Service says it had no legal basis to reject the company's offers. The army says it’s hard to find more suppliers for the maintenance of the Russia-produced helicopters it has. The army plans to buy more new Western helicopters in the long-run.

Figures from the Public Procurement Service show Aviabaltika trained border guards to fly a helicopter, and the army buys maintenance services or spare parts for aircraft from the company.

Data from the freedata.lt website shows Aviabaltika has won eight and 29 orders from the Lithuanian army and the Air Force Maintenance Depot respectively over more than a decade, with a total value of 6.86 million euros.

Moreover, the company has received three SBGS orders worth 114,200 euros.

Borisov was a former adviser to Lithuania's impeached and removed President Rolandas Paksas and wsa one of the biggest financial donors of Paksas' presidential election campaign.