Palanga Airport is about to reach its capacity limits 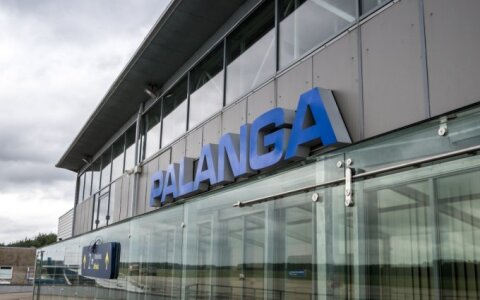 Today, one of the most valuable currencies is time, especially in the business world. Any slowdown is treated as a loss of revenue. Therefore constant, convenient and prompt connectivity is especially prized by both businessmen and entrepreneurs, writes klaipedaid.lt.

The Western region of Lithuania is a vital part of the transit, as from centuries ago till the present day it is a very important crossroad for various trade routes in all cardinal directions. Nowadays, the Klaipėda region can be accessed easily as ever – by cars, trains, water transport and airlines. The latter is of immense importance for time valuing businesses and investors, who more than often choose and prefer that the meeting destination would be no farther than 2 hours away. Nearby Klaipėda airport connects Western Lithuania with 8 important business hubs in Europe throughout the year. Recently opened flight destination to Dortmund (Germany) has grown steadily in its popularity, offering convenient direct couple hours long flight. Also, starting this fall airBaltic airlines will offer two flights a day to Riga Airport, which expand the reach to even more destinations in the world.

To find out more about the importance of Palanga Airport (PLQ) for the region and opportunities, it opens for the foreign investors, Klaipėda ID interviewed Aurimas Stikliūnas, the manager of Lithuanian airport aviation service sector.

- How is PLQ exceptional compared to other Lithuanian airports?

- In the context of other European airports, the comparably small PLQ is unique since it harbours 8 different airline carriers. Due to these results in 2016 PLQ was honoured by the Airports Council International Europe (ACI Europe) and became one of the five most rapidly growing airports in Europe, in the category of the airports with up to 5 million fared passengers. For example, flying with SAS, LOT and Air Baltic airlines from Palanga people can reach more than 300 destinations all over the world, of course using connecting flights.

- Great connectivity with the entire world is of high priority for Klaipėda and the whole northern region of Lithuania. No doubt, air bridges help to nurture and grow this region’s tourism and investment stream. At the same time, people from northern Lithuania have a comfortable and easy way to reach a number of west European countries.

Palanga has to compete not with other Lithuanian airports, as often is thought, but with the whole Europe’s airports, that have considerably wider markets and higher quality of life. Thus, the help from our partners from Klaipėda region is of great importance.

Palanga Airport is closely cooperating and in search of partnership opportunities with local institutions, businesses and associations. The most recent and prominent example – the opening of the new Dortmund flight direction. It was hugely influenced by the aforementioned positive synergy search. Klaipėda’s region expressed a strong intention for a Germany bound direction, and the Wizz Air airlines saw the biggest potential in the Dortmund option. It is a flight to one of the most economically powerful German regions, where a great number of immense corporations and businesses resides. 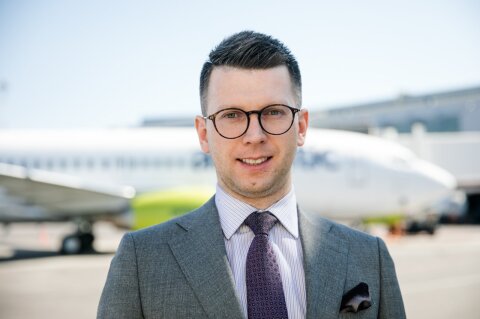 This is an outstanding example of cooperation and hard work paying off. Therefore, we hope that even more institutions and firms will be keen on showing increased curiosity in a mutual goal.

- How frequently new flight destinations are introduced and what benefits do you anticipate for the new Dortmund direction?

- Lithuanian airports put all their resources into improving the country’s connectivity by air, and the expansion of PLQ is one of the key parts in this effort. Negotiations are done constantly with a multitude of airline companies for new flight destinations, even though the results may be seen usually in 3 to 4 years, as it is always a lengthy process.

We see the new Dortmund destination as an opportunity to strengthen the bond between Lithuania and Germany, as it will boost the tourist numbers to western Lithuania in the process giving our citizens the access to another popular city in Europe. It is important to have in mind that this air bridge will start to attract investors from this German region, which is responsible for more than a fifth of the national GDP of the biggest European economy, to Lithuania.

We are observing constantly to be sure, that the current flight destination demand from Palanga airport is met fully. Attracting a new flight path is a long-term endeavour and the results are variably influenced not only by us – the airport managers – but also by other connected institutions, business representatives and associations. We are positive, that the future holds more alluring flight destinations and results of joint effort towards a common goal.

- What strategic development plans does PLQ have for the future?

- The objectively flourishing results depict that the expansion path of Palanga Airport was chosen wisely. Nevertheless, it is crucial to mention, that PLQ is about to reach its capacity limits. Therefore, the airport constantly invests into its infrastructure enlargement as it is a natural reaction to increasing passenger and airline needs.

We are planning to expand the baggage and security check-up zones, as well as remodelling the commercial areas and adding restructured cafes. It is important to notice that during the overhaul process, the airport will be operating. The groundwork and renewing are scheduled to start this year (2019) and it is estimated to be finished by 2021.

Palanga Airport is about to reach its capacity limits