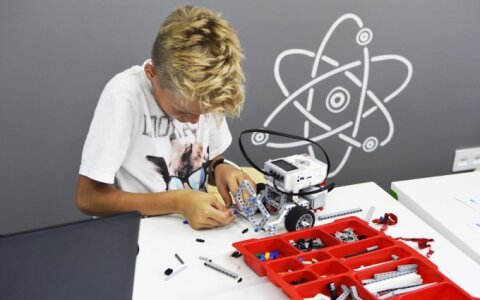 Singapore has ranked as the world's most competitive economy for the first time since 2010, according to the IMD World Competitiveness Rankings, as the United States slipped from the top spot, while economic uncertainty took its toll on conditions in Europe, informs IMD in a press release.

Lithuania took 29th place in the ranking. The country climbed 3 steps up compared to 32nd place in 2018.

Singapore's rise to the top was driven by its advanced technological infrastructure, the availability of skilled labor, favorable immigration laws, and efficient ways to set up new businesses. Hong Kong SAR held on to second place, helped by a benign tax and business policy environment and access to business finance.

The initial boost to confidence from President Donald Trump's first wave of tax policies appears to have faded in the United States, according to the ranking. While still setting the pace globally for levels of infrastructure and economic performance, the competitiveness of the world's biggest economy was hit by higher fuel prices, weaker hi-tech exports and fluctuations in the value of the dollar.

"In a year of high uncertainty in global markets due to rapid changes in the international political landscape as well as trade relations, the quality of institutions seem to be the unifying element for increasing prosperity. A strong institutional framework provides the stability for business to invest and innovate, ensuring a higher quality of life for citizens," said Arturo Bris, IMD Professor and Director of IMD World Competitiveness Center, the research center which compiles the ranking.

Economists regard competitiveness as vital for the long-term health of a country's economy as it empowers businesses to achieve sustainable growth, generate jobs and, ultimately, enhance the welfare of citizens.

The IMD World Competitiveness Rankings, established in 1989, incorporate 235 indicators from each of the 63 ranked economies. The ranking takes into account a wide range of “hard” statistics such as unemployment, GDP and government spending on health and education, as well as “soft” data from an Executive Opinion Survey covering topics such as social cohesion, globalization and corruption.

This information feeds into four categories – economic performance, infrastructure, government efficiency and business efficiency – to give a final score for each country. There is no one-size-fits-all solution for competitiveness, but the best performing countries tend to score well across all four categories.

Switzerland climbed to fourth place from fifth, helped by economic growth, the stability of the Swiss franc and high-quality infrastructure. The Alpine economy ranked top for university and management education, health services and quality of life.

The effects of rising fuel prices influenced the ranking, with inflation reducing competitiveness in some countries. Stronger trade revenues helped oil and gas producers such as this year’s biggest climber Saudi Arabia, which jumped 13 places to 26th, and Qatar, which entered the top 10 for the first time since 2013.

The United Arab Emirates – ranked 15th as recently as 2016 – entered the top five for the first time. The UAE now ranks first globally for business efficiency, outshining other economies in areas such as productivity, digital transformation and entrepreneurship.

Venezuela remains anchored to the bottom of the ranking, hit by inflation, poor access to credit and a weak economy. The South American economy ranks the lowest for three out of four of the main criteria groups – economic performance, government efficiency and infrastructure.

The Asia-Pacific region emerged as a beacon for competitiveness, with 11 out of 14 economies either improving or holding their ground, led by Singapore and Hong Kong SAR at the top of the global chart.

Indonesia leapt eleven places to 32nd, enjoying the region's biggest improvement, thanks to increased efficiency in the government sector as well as improvement in infrastructure and business conditions. The southern Asian country is characterized by the lowest cost for labor across the 63 economies studied.

Thailand, driven by an increase in foreign direct investments and productivity, advanced five places to 25th position in 2019.

Competitiveness across Europe has struggled to gain ground with most economies on the decline or standing still. The Nordics, traditionally a powerhouse region for competitiveness, have failed to make significant progress this year, while ongoing uncertainty over Brexit has seen the United Kingdom fall from 20th to 23rd.

The biggest climber for the region, Ireland, rose five places to 7th as business conditions improved alongside a strengthening economy. According to the data, Ireland leads the way globally for investment incentives, the handling of public sector contracts and areas such as image, branding and talent management. Portugal posted the biggest fall in the region, down six places to 39th – a reversal from gains made in the previous year.

A story of two halves in the region, as fossil fuel producers such as UAE, Qatar and Saudi Arabia climbed the rankings, while inflation had a negative impact on Turkey (51st) and Jordan (57th). Israel (24th) declined mainly because of a negative performance across different government efficiency indicators, such as its budget deficit.

Saudi Arabia achieved the biggest climb in the global rankings, up 13 places to 26th, despite a fall in its overall economic performance score. It registered the highest global ranking for investment in education and fared well in public and business finance.

Latin American countries continue to fare poorly on the ranking. Venezuela was cemented at the bottom of the ranking for yet another year as the political and economic crisis continues to take its toll. The highest ranked country from this region, Chile, suffered the largest drop this year, down 7 places to 42, while Brazil and Argentina also ranked in the bottom five.

Brazil ranked the lowest among the 63 countries studied for the cost of credit, making it the most expensive country for businesses to borrow, and for language skills.

An inferior score for infrastructure - especially in health, education and energy - wiped out improvements in the business landscape as South Africa dipped to 56th from 53rd.

This category measures the competitive strengths of the domestic economy and its macroeconomic performance.

This category measures the effect of government policies on competitiveness.

This category measures how effective infrastructure is in delivering the basic, technological, scientific and human resources needs of business.