New president elected: who was favorite among Lithuanians abroad 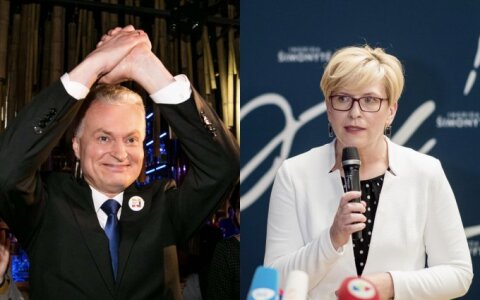 On Sunday, 26th May, Lithuania elected a new president. Independent economist Gitanas Nauseda won the election after defeating a member of the parliament Ingrida Simonyte, that was supported by the conservative Homeland Union-Lithuanian Christian Democrats. After getting results from all polling districts G. Nauseda collected 65,86 percent and I. Simonyte 32,86 percent of votes.

As data from the Central Electoral Commission shows more than 33 thousand Lithuanians voted abroad. Around 10 thousand (10,039) showed up at Embassies or consular posts. Almost 23 thousand (22,994) votes were sent by post.

Related articles
Lithuanians made their choice: Nauseda to lead country for next five years
Nauseda says he would change rhetoric toward Russia

Overall there were 63,010 voters registered at the diplomatic mission and consular posts. A turnout of the presidential runoff and election to the European Parliament reached 52,85 percent.

New president elected: who was favorite among Lithuanians abroad