Vilnius airport's platform to be reconstructed 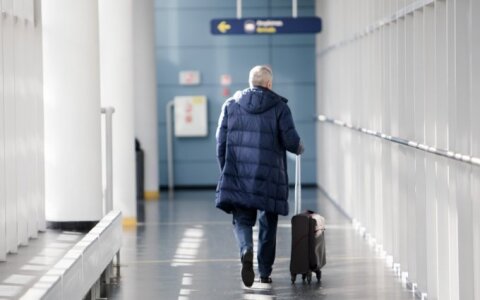 Lithuania's largest Vilnius International Airport is set to invest 12 million euros in to the reconstruction of its platform's northern part due to improper position of aircraft stands.

Lietuvos Oro Uostai (Lithuanian Airports), the airport operator in Lithuania, says that the planned work will not affect flights.

"This work needs to be done to address challenges the Vilnius airport is now facing as more bigger planes come in and it also needs to adopt the most sophisticated solutions with smaller environment effect," Tadas Vasiliauskas, spokesman for Lietuvos Oro Uostai told BNS Lithuania.

56 aircraft stands are not fully filled at the airport even during peak times but their bad position prevents from carrying out operations effectively.

According to Vasiliauskas, a contractor tender will be called in the fall and the work is expected to start in the second quarter of 2020 and be finished by the end of 2021. Around half of the project will be financed from European funds.

The Vilnius airport's landing strip was reconstructed over a period of 35 days in the summer of 2017 for 18.7 million euros. The work was carried out by Latvia's A.C.B. and Lithuania's Autokausta.

Vilnius airport's platform to be reconstructed