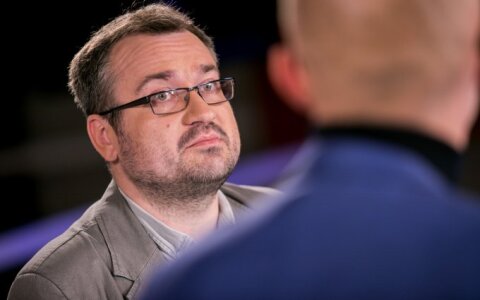 Lithuania's police has launched a pre-trial investigation into the actions of journalist Sarunas Cerniauskas, its spokesman Ramunas Matonis told BNS Lithuania on Friday.

In his words, the probe was launched regarding unlawful disclosure and use of information on persons' private lives. Matonis confirmed that the investigation was launched in response to the statement by the news website 15min.lt's director Ramunas Saucikovas on the journalist's collection of private information.

Cerniauskas was sacked from 15min.lt last week. The journalist said on Wednesday he had produced analyses on public figures and businesses to a PR company without informing 15min.

He said he had done the analyses for Darius Gudelis' Bureau. Gudelis is board chairman at Vipcommunications (VIP Viesosios Informacijos Partneriai, or VIP Public Information Partners).

Ramunas Saucikovas, CEO of the news site, said an internal investigation had revealed that the journalist's activity might have "run counter not only to journalist ethics but also to laws".