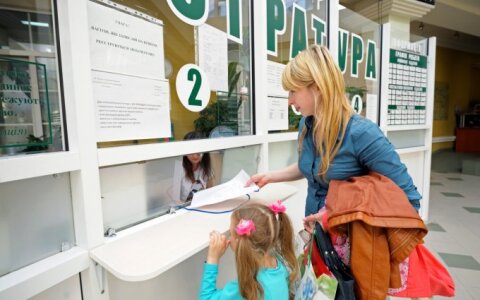 The Lithuanian government approved on Wednesday a proposal that foreigners who reside in Lithuania on a permanent or temporary basis and have access to medical care under bilateral agreements and receive pensions from another country should be covered under compulsory health insurance.

MP Vida Aciene of the ruling Lithuanian Farmers and Greens Union (LFGU) has tabled the respective draft amendments in the parliament.

"Currently, Lithuania has such agreements with Ukraine and Belarus. People who live in these countries permanently or temporarily but receive pensions from Lithuania are given access to healthcare," Seselgis noted in a press release.

The Health Ministry says in the press release that Lithuania, as a member of the international community and party to the Vienna Convention, must fulfill its obligations arising from international cooperation.

If the amendments are passed, Ukrainian and Belarusian citizens who receive any type of pension from their home country will be insured in Lithuania by the state under the compulsory health insurance scheme.