Head of Financial Crime Investigation Service: Revolut might cause problems for Lithuania 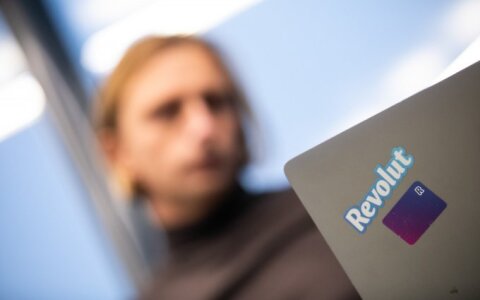 The British fintech startup Revolut's activity in Lithuania might cause problems for the country, Antoni Mikulski, head of the Lithuania's Financial Crime Investigation Service, has warned.

"The arrival of Revolut, as a bank, here in Lithuania would in fact cause problems as we don’t know how many non-residents will there be as a non-resident in a bank is a problem for the state. Now we don’t have so many of them," the FCIS chief told the Lithuanian Seimas' Committee on Budget and Finance on Wednesday as the committee is looking into possible consequences if the Seimas allowed using a driver's license for identification.

Vilius Peckaitis, head of the FCIS's money laundering prevention board, believes there's a huge risk that persons from regions where terrorist organizations operate might get access to Lithuania's financial system via the United Kingdom where it's easy to get a driver's license.

"By attracting all sorts of shady companies into the state we risk giving access to our financial system to people of dubious reputation," Peckaitis said.

He also warned that, differently from banks, fintech and e-payment companies "might close their eyes" and fail to identify a client's citizenship.

Revolut is establishing a specialized bank in Lithuania and says it will be launched by July.

Representatives of the central Bank of Lithuania said earlier Revolut was issued a license upon the assessment of financial risks as well as challenges to national security and political and geopolitical risks.

Head of Financial Crime Investigation Service: Revolut might cause problems for Lithuania