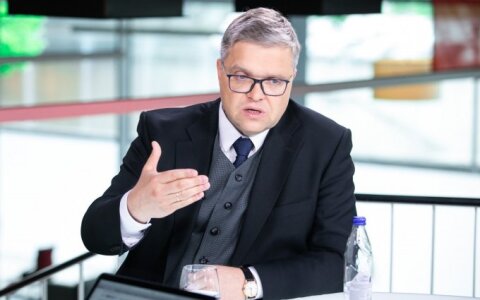 The Lithuanian parliament did not pass a resolution expressing no-confidence in the central bank governor, Vitas Vasiliauskas, on Tuesday.

Forty-seven MPs supported the no-confidence motion, 51 voted against and one abstained.

The no-confidence resolution was signed by 44 lawmakers from the Lithuanian Farmers and Greens Union (LFGU), the Lithuanian Social Democratic Labor Party (LSDLP) and the Order and Justice Party, and some non-attached members of the parliament.

Prime Minister Saulius Skvernelis did not sign it but said on Tuesday that he had no confidence in Vasiliauskas.

The draft document calls on Vasiliauskas to resign for "undermining the reputation of the Seimas" and "discrediting the Bank of Lithuania". If the governor refuses to step down, President Dalia Grybauskaite is urged to start the procedures to sack him from the post.

Vasiliauskas does not intend to resign, saying he has never evaded responsibility in his professional career.

The central bank chief dismisses the accusations as personal attacks.

Vasiliauskas has served as chairman of the Bank of Lithuania's board since April 2011.