Prime Minister says he will resign but ruling majority might stay 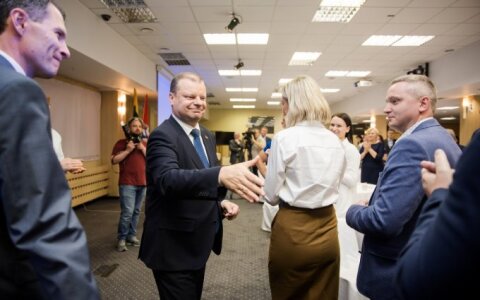 Lithuanian Prime Minister Saulius Skvernelis says he will resign after failing to get into the presidential runoff but doesn’t rule out the possibility that the ruling majority will remain.

"The failure to get into the runoff is the evaluation of me as a politician. I accept that evaluation as a politician and have to make that step," he told the public television LRT early Monday morning. "It might be so that the same ruling majority will form a new government and will have its own prime minister."

The prime minister says public support is necessary to carry out reforms. He plans to hand in his resignation letter in July.

Representatives of the ruling Lithuanian Farmers and Greens Union will make decisions after evaluating the final election results, he added.

Prime Minister says he will resign but ruling majority might stay