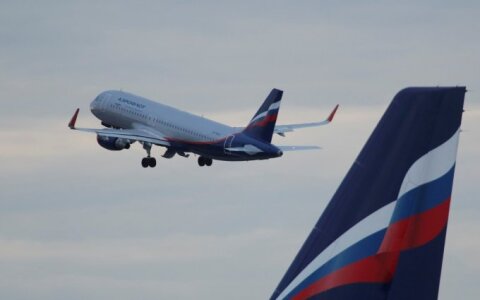 Russia's Aeroflot has cancelled a total of four flights between Moscow and Vilnius in the wake of Sunday's crash-landing at Moscow's Sheremetyevo airport.

Two flights were cancelled on Sunday and Monday each and two flights on Tuesday, scheduled for 5 a.m. and 11:05 a.m., Tadas Vasiliauskas, spokesman for Lietuvos Oro Uostai (Lithuanian Airports), the operator of Vilnius Airport, told BNS.

The spokesman said the company did not know if Tuesday's flights were to be operated with Sukhoi Superjet 100s, the same type of aircraft that was involved in Sunday's accident.

Forty-one people were killed when Aeroflot's aircraft with 78 passengers and crew members on board made an emergency landing and caught fire at the Moscow airport on Sunday.