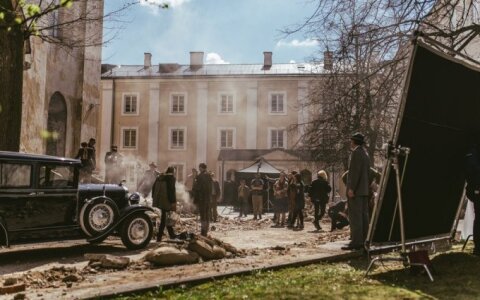 The Lithuanian Film Center, together with the Center for Equality Advancement and the Lithuanian Center for Human Rights, is launching a project which aims at ensuring that the film industry is a safe environment for all those involved.

he Film Center has received demands to ensure women’s equality in the film industry. During the 2017 #metoo movement, certain cases in the Lithuanian film industry and responses to them demonstrated that it is necessary to take specific measures to assess the extent of sexual harassment in the film industry, to increase its recognition, to take effective preventive measures and to make agreements that would secure the principles for a safe creative and working environment, informs The Lithuanian Film Center.

The project will be implemented in several stages. The first and key step will be to collect information on the prevalence and recognition of sexual harassment in the film industry by an anonymous survey. The second stage will focus on training for directors and producers about the recognition of sexual harassment and possible measures for creating an environment that doesn’t tolerate sexual harassment. The training will be based on the findings of the survey and will be implemented by the specialists of the Center for Equality Advancement and the Lithuanian Centre for Human Rights. Based on the outcomes of the survey and the training, organizations intend to make recommendations for further action that could be taken by the Lithuanian Film Center to ensure that the film industry is a safe environment for all those involved.

Last year, the Lithuanian Film Center published recommendations to film producers on the provisions of agreements with creative and technical personnel aimed at establishing reciprocal commitments on equality and non-discrimination. This aims at securing that all industry representatives, and in particular those seeking state support for their projects, should take responsibility for ensuring a respectful working environment.