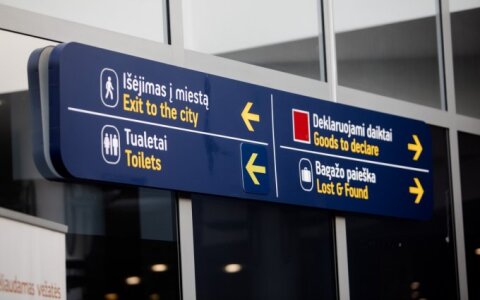 Several passengers of the Athens flight, an intra-EU flight, were stopped for a random document check on their arrival at the airport on Sunday afternoon.

A man produced what turned out to be a forged Greek identity card and told VSAT officers that he was a citizen of Iran. The service said the identity of the man, who is thought to be in his 60s, had yet to established.

Another two passengers of the Athens flight, a 50-year-old and his 16-year-old son, produced Iraqi passports and Norwegian residence permits. A further check showed the permits, which would have given the Iraqis the right to enter the EU, to be forgeries.

All three passengers are held in a temporary detention center at the airport.

The airline that flew the trio from Athens to Vilnius will have to arrange for them to be flown back to Greece on May 1.