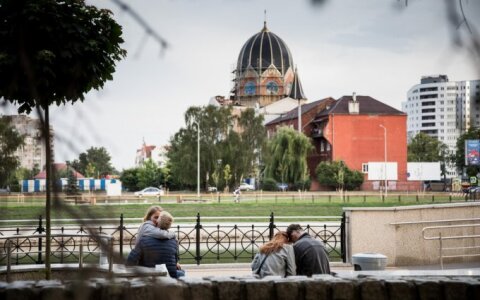 Lithuanians living in Russia's Baltic Sea exclave of Kaliningrad call for Lithuanian citizens to vote "no" in the May 12 dual citizenship referendum, which they describe as "discriminatory".

"We maintain that the question of the upcoming referendum contains provisions that discriminate against Lithuanians and individuals with a right to Lithuanian citizenship in individual countries and finally reject and humiliate our compatriots living in 'third' countries," the Lithuanian community in Kaliningrad said in a separate opinion issued on Thursday.

"Therefore, we, representatives of the Lithuanian community in the Kaliningrad region, are calling on Lithuanian society to vote NO in the referendum on amending Article 12 of the Constitution," they said.

Related articles
Lithuanians living abroad to be able to vote at almost 60 places
If citizenship referendum fails, "plan B" is to prepare for new one, Lithuania's formin says

The Kaliningrad community notes in the statement that this will exclude Lithuanians living in Russia, Belarus, Ukraine, Kazakhstan and other countries not meeting the criteria.

The community also called on Lithuania's authorities not to abandon the idea of introducing "the Lithuanian's Passport", a special document that would allow people of Lithuanian descent to come to Lithuania and stay here indefinitely without a visa, to legally study and work in the country, and to have their ancestral property restored.

A joint commission of the Seimas and the Lithuanian World Community has said in a resolution that "the Lithuanian's Passport is not an appropriate legal form for Lithuanians living abroad to give meaning to their ties to the state".