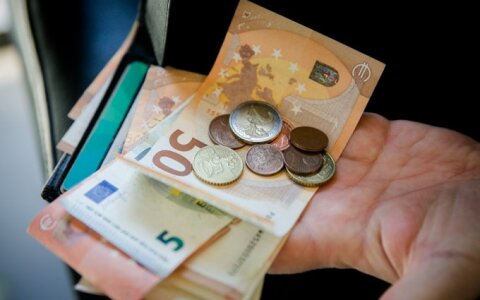 If a strategy for raising pay in the Lithuanian public sector is approved, almost 400 million euros in budget funds are planned to be allocated additionally next year, Government Vice Chancellor Deividas Matulionis has said.

"We still have to agree on the final figures, but that would be around 200 million euros next year not including the Compulsory Health Insurance Fund and another 180 million to 190 million euros from the fund. This is a very large amount," he told reporters last week.

The funds would be used to raise coefficients for some of the lowest-earning workers in certain areas and to increase the basic salary, the vice-chancellor said.

Extra funds from the state budget would allow to increase the salaries of teachers and cultural and social workers. The Compulsory Health Insurance Fund finances the salaries of doctors and nurses.

The pay rise is envisaged in a strategy for 2020 through 2025 that has been drawn up by a task group and will be submitted to the Cabinet this week, Matulionis said.