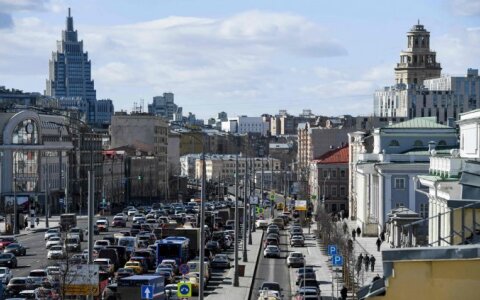 Rinat Nasirov, a Russian citizen suspected of giving a bribe to have a Schengen visa issued by Lithuania's embassy in Moscow, has been released on bail, the Special Investigation Service (STT) told BNS on Friday.

STT spokeswoman Renata Endruzyte said the Russian businessmen had been released on a 30,000-euro bail.

"Other measures of restraint have been imposed on him, namely: seizure of documents, and a written undertaking not to leave and not to communicate with certain persons," she said.

Law-enforcement officials suspect that Rimantas Sidlauskas, a former diplomat and former director general of the Association of Lithuanian Chambers of Commerce, Industry and Crafts, promised to help Nasirov obtain a long-term Schengen visa in exchange for a bribe.

Nasirov's lawyers has confirmed that his client gave 3,000 euros to Sidlauskas, but denied it was a bribe.

Sidlauskas was released from police custody earlier this week.

Lithuanian businessman Albinas Bieliauskas, a third suspect in the case, was not arrested.

Lithuanian Ambassador to Russia Remigijus Motuzas was questioned as a special witness in the case and later recalled for consultations over the ongoing investigation and also threats to the embassy over the January 13, 1991 case.

The Lithuanian embassy in Moscow issued Schengen visas to Nasirov and his son in late March, based on an invitation letter from by Sidlauskas. The ambassador confirmed that Sidlauskas had informed him about his plans to send the document.