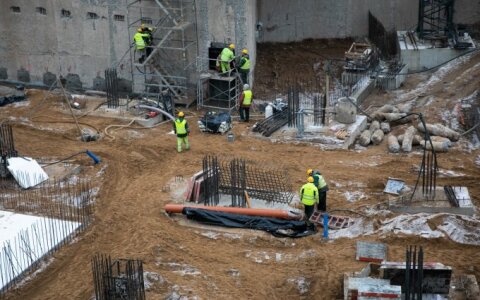 The government proposed on Wednesday that the Seimas adopt a law introducing quotas for third-country nationals coming to work in Lithuania.

Quotas would be set annually by the director of the Employment Service, who also compiles a list of occupations in short supply in Lithuania, with the first quota to be fixed in 2021.

The quotas would not apply to highly qualified workers.

After the quota has been exhausted, immigrant workers will be allowed to work in Lithuania following a labor market test and after obtaining approval from the Employment Service, Deputy Interior Minister Darius Urbonas told the Cabinet that

The proposed legislative package also provides for more favorable immigration conditions for nationals of the most economically strong countries who can travel visa-free to Lithuania.

These include Australia, Japan, the US, Canada, South Korea and New Zealand. Their citizens will be issued a temporary residence permit for up to three years and will be allowed to bring in their families.

Urbonas said the United Kingdom would also be added to the list post-Brexit.

Some 52,000 third-country nationals came to work in Lithuania last year. The figure has been on the increase in recent years.

The largest number of foreign workers comes from Ukraine.