Lithuania to offer EUR 1,000 for scrapping old vehicle when buying new one 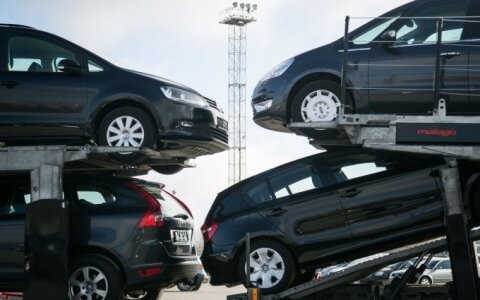 The Lithuanian government will be able to offer a financial incentive of 1,000 euros for scrapping an old vehicle and buying a new, less polluting one after its pollution reduction plan is approved, Environment Minister Kestutis Mazeika said on Thursday.

"We have to encourage people to scrap (old cars) and I think that incentive should amount to around 1,000 euros," he told the Ziniu Radijas radio station.

The plan, which was discussed by the Cabinet on Wednesday, earmarks 30 million euros for such financial incentives.

Private individuals who will scrap polluting cars will also be eligible for reduced public transport fares.

The plan also provides for 20-million-euro incentives to the local authorities of the country's top five cities and resorts for putting in place systems for restricting the traffic of diesel-powered vehicles.

Financial support will be also offered to households that will replace their wood-burning furnaces with heat pump systems or connect to district heating systems.

The plan also calls for raising the excise tax rate for coal, coke and lignite used to produce heat energy.

The government will assess in a year or two if these measures have been successful in reducing pollution, the environment ministry said.

Lithuania to offer EUR 1,000 for scrapping old vehicle when buying new one