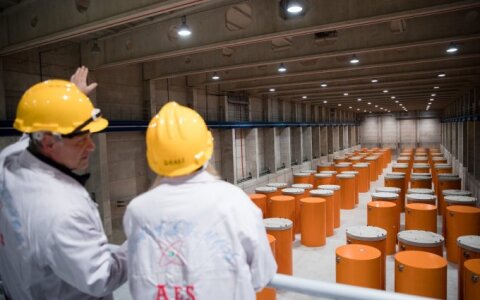 Lithuania's shutdown Ignalina Nuclear Power Plant (INPP), which has been undergoing decommissioning for almost a decade now, has won an arbitration case against Nukem, a German company controlled by Russia's nuclear energy giant Rosatom, over a technology for handling and storing damaged spent nuclear fuel assemblies.

Nukem sought 2.5 million euros from the INPP in compensation for allegedly inaccurate technical specifications, which it said caused additional costs to the manufacturer and supplier of assemblies.

On March 25, a London arbitration panel ruled the information in the technical specification of the public procurement procedure launched by the INPP was accurate and not misleading, thus dismissing all of Nukem's claims, the Lithuanian company said.

Nukem is to compensate the INPP for all of its legal costs amounting to almost 800,000 euros.

The ruling is final and not subject to appeal.

The dispute between the INPP and Nukem started back in 2009, when the contractor filed its first claim regarding an increase in the value of the interim spent nuclear fuel storage facility contract. An independent conciliator adopted a decision in favor of the Ignalina plant in 2010, but Nukem turned to the London arbitration court in 2017.