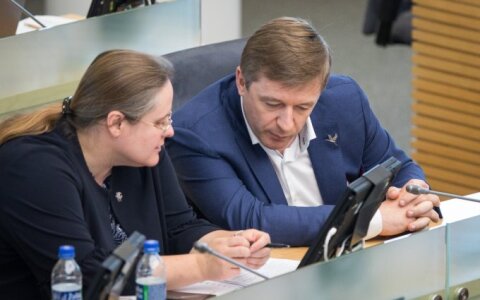 After “Farmer” amendments to the children’s rights protection law were not passed by Seimas on Tuesday, “Farmer” leader Ramūnas Karbauskis and Homeland Union – Lithuanian Christian Democrats representative Monika Navickienė exchanged accusations that the other side is politicking on a sensitive question.

The "Farmer" leader described opposition criticism of his "significant violence" concept in the children's rights protection law as politicking and promises the amendments will definitely be passed, likely in a new vote next week. He emphasises that all public organisations that participated in m