Rokas Masiulis on Vaitkus’ dismissal: no other option here 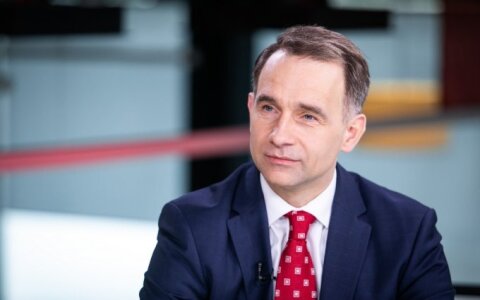 Minister of Transport and Communications links complaints levied against himself to his dismissal of Arvydas Vaitkus from the Klaipėda State Seaport Directorate.

"I faced no complaints until now that the Vaitkus situation emerged. Gradually complaints are starting to emerge, thus I understand well that the main issue is the dismissal of Mr. Vaitkus," Rokas Masiulis said in an interview with Delfi TV.

According to him, the situation regarding A. Vait

Rokas Masiulis on Vaitkus’ dismissal: no other option here