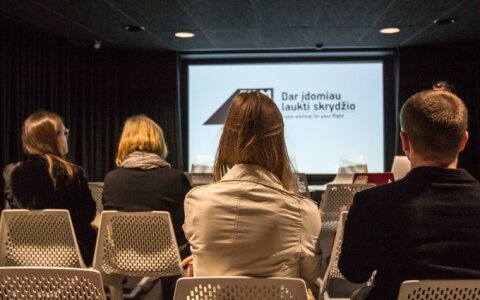 Film Spot LT – a unique cinema hall at Vilnius Airport presents an updated film program for families. Starting today, two new film programs will be screened at Film Spot LT, which is the first and only airport cinema hall in the Central and Eastern Europe. The cinema hall, which is located next to the Gate 2, operates free of charge and welcomes all passengers of Vilnius Airport to spend time before their flight watching Lithuanian films, a press release from Lithuanian Film Centre states.

The new repertoire consists of two programs, presenting 9 animated and short films by the most prominent Lithuanian filmmakers of the new generation. Among other films, viewers will be able to enjoy short animated films that have been awarded at international and national film festivals, includin