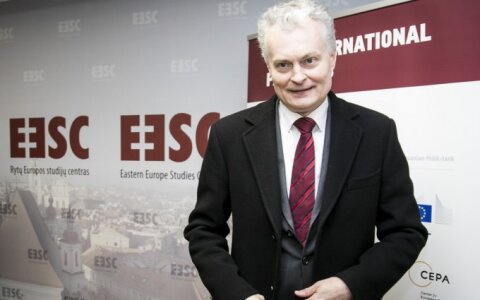 Participating in an Eastern Europe Studies Centre (RESC) discussion, Gitanas Nausėda once more stated his programme guidelines and stressed that we must not only feel like NATO members, but must also strengthen our position of membership, also adding that while the European Union is crucial, we should not limit ourselves to its borders.

African states, India, China, Latina America and the United States are regions we should look to outside the EU's walls, G. Nausėda stated. He believes that export and import cooperation with these countries is an option.

"I view the European Union as an important institutional, political