Documentary on Lithuanian president to premiere in April 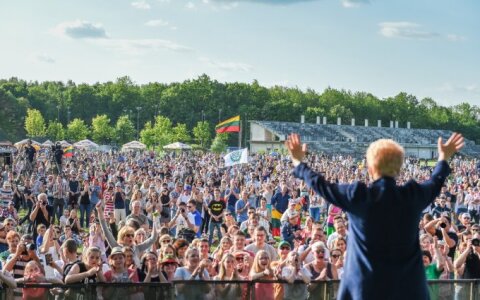 A new documentary about Lithuanian President Dalia Grybauskaitė will be premiered in Lithuanian cinemas on April 12, the film's director and producer, Donatas Ulvydas, said here on Tuesday.

Entitled "The State Secret," the documentary is based on archival material and interviews with the president and representatives of her closest circle.

"Some people appreciate her, others dislike her. Some love her, others curse her," Ulvydas told reporters at a press conference while prese

Documentary on Lithuanian president to premiere in April