Opposition presents a surprise to Skvernelis: PM describes the proposal as anti-constitutional 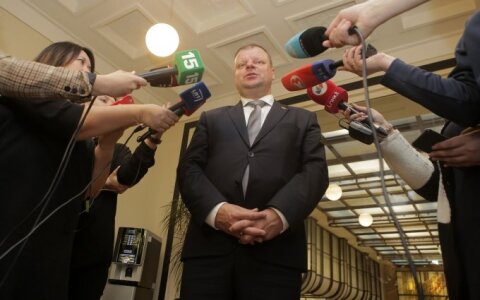 With the Ministry of Environment remaining without a head for more than three months now, the opposition Social Democratic Seimas group is proposing to legally bind the prime minister to find a minister in 15 days. This has also received support from the Conservatives, however PM Saulius Skvernelis has described the proposal as anti-constitutional.

Based on social democrats Julius Sabatauskas and Algirdas Sysas' cabinet law amendments, the prime minister must present a new cabinet minister candidacy to the president within no less than 15 days following one's dismissal.

"What is happening with the minister of environment [office] reve

Opposition presents a surprise to Skvernelis: PM describes the proposal as anti-constitutional