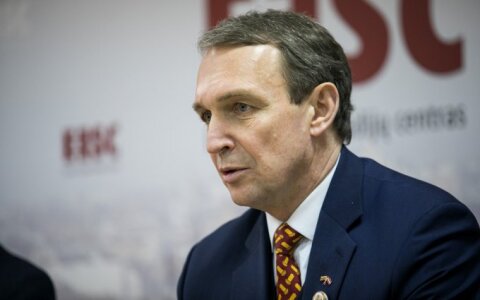 Philosopher, politician and writer as well as presidential candidate Arvydas Juozaitis says that domestic policy is becoming more and more important and warns that we’ll be confronted with an even bigger wave of emigration and that, in his opinion, physical and military training in schools be stepped up.

"It's not foreign policy but domestic policy that's important now" said Mr. Juozaitis after arriving at a discussion at the East European Studies Centre (RESC).

This he believes has become evident during President Grybauskaitė's term of office. "Domestic policy is a sign of the quality of