Russia may well use its usual means against Lithuania: another warning 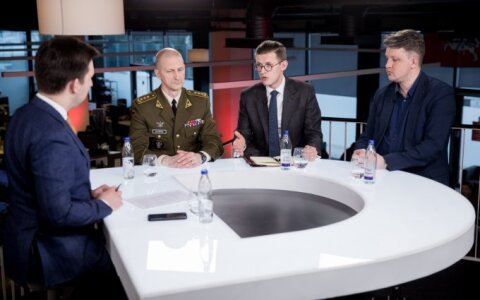 How is Russia going to interfere in Lithuania’s upcoming presidential and municipal elections? How will Lithuania overcome the growing threat to national security? What is Russia’s role in the context of this growing threat?

DELFI correspondent on Defense Issues Vaidas Saldžiūnas discussed this in the studio with Colonel Remigijus Baltrėnas, the Head of the Second Department of Operational Services that presented an assessment of the threats to national security, and Arnoldas Pikžirnis, the Prime Minister's Advis

Russia may well use its usual means against Lithuania: another warning