Lithuanian women not given chance to actively participate in decision-making process: president 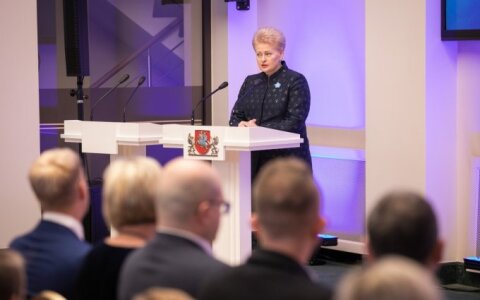 There are a lot of competent women in Lithuania who can hold offices of ministers or other important positions, however, women in the Baltic country are not given the opportunity to more actively participate in the process of decision making, Lithuania's President Dalia Grybauskaitė said on Wednesday.

Before leaving to the Davos World Economic Forum, Grybauskaitė commented on current situation in Lithuania's government where women are absent from the cabinet of ministers.

Lithuanian women not given chance to actively participate in decision-making process: president