Experts on S. Skvernelis’ candidacy: do not see pre-planning and see risks 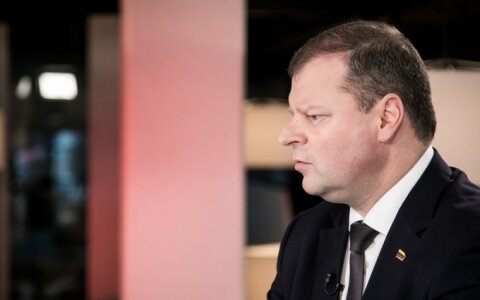 Last week, Prime Minister Saulius Skvernelis announced his presidential bid. This decision has finalised matters on the political stage. Gitanas Nausėda, S. Skvernelis and Ingrida Šimonytė gather 40% of the vote according to surveys. Another 40% of potential voters are undecided and the remaining 20% is shared by the other candidates. Thus, the number of candidates is growing and the intrigue is rising. How the presidential election campaign will develop and who has the highest chances was discussed by experts on Monday’s LRT Forumas, lrt.lt writes.

According to the head of public opinion and market research centre Vilmorus, sociologist Vladas Gaidys, S. Skvernelis' announcement about his presidential bid will decide on his ratings growth. He noted that the presidential candidate ratings were formed for the first time in 2017. Back then, sur

Experts on S. Skvernelis’ candidacy: do not see pre-planning and see risks