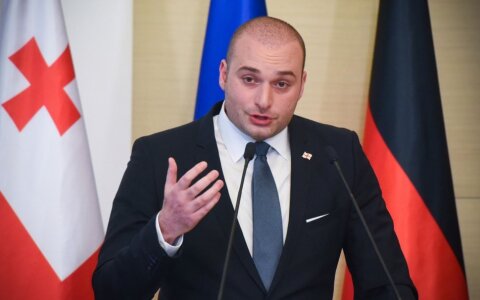 Georgian Prime Minister Mamuka Bakhtadze is arriving in Lithuania for an official visit. Discussions on bilateral relations and economic are to be held during meetings with President Dalia Grybauskaitė and Prime Minister Saulius Skvernelis, lrt.lt writes.

There is to be much attention dedicated to the Eastern Partnership Programme and the country's integration with the EU and NATO.

After a war in 2008, Moscow recognised the separatist South Ossetia and Abkhazia as independent, while the West still holds these to be occupied Georgian territor