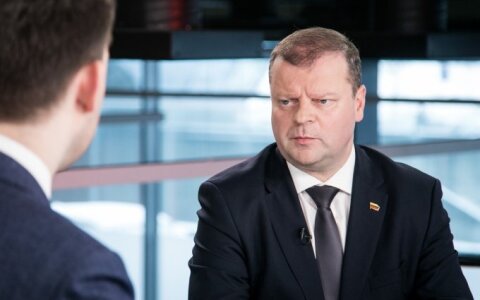 A journalist investigation has uncovered facts that Prime Minister Saulius Skvernelis and Minister of Economy Virginijus Sinkevičius, running in respectively the presidential and municipal elections, are constantly and systematically consulted by public relations consultant Darius Gudelis, the owner of the company VIP Viešosios Informacijos Partneriai, without having officially declared it. The aforementioned company has been winning numerous publicity tenders by ministries and institutions subordinate to the cabinet, part of which are evaluated by the prime minister’s political confidence advisor, which raises doubts for the Conservatives on whether there is no abuse of office and if state institution publicity tenders are organised transparently, a press release states according to lrt.lt.

The Conservatives question whether this is not recompense for undeclared consultations by D. Gudelis and upcoming work during campaigning. The opposition also finds the number of tenders won by the company, their scale and links to the ruling party, which the businessman consulted during the Seim