Evaluation of S. Skvernelis’ chances: by clashing with the media, he may have made a mistake 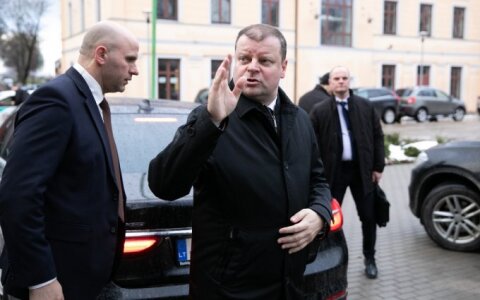 Prime Minister Saulius Skvernelis chose Rusnė as the location to announce his presidential bid. During his cabinet’s term, financing was arranged for the Rusnė overpass. The prime minister stated he wishes for there to be “harmony between governments in the country,” because at the moment he sees discord between the branches of government and journalists, who according to S. Skvernelis participate in politics, add further pressure. This was the discussion topic of Dienos Tema featuring VU TSPMI docent and KTU scientist Mažvydas Jastramskis and the chief editor of BNS news agency Vaidotas Beniušis, lrt.lt writes.

While S. Skvernelis' decision to run for president was not wholly unexpected, the announcement was arranged as if it were. M. Jastramskis notes that the timing was well chosen because there isn't too much time left to the end of the campaign, but at the same time, he still has time to rally his e

Evaluation of S. Skvernelis’ chances: by clashing with the media, he may have made a mistake