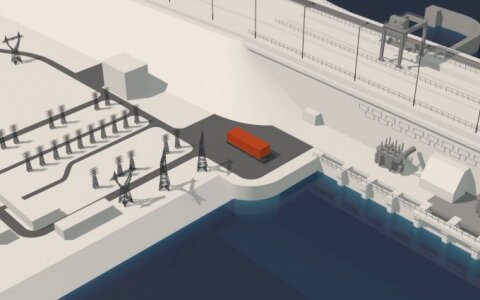 Lithuanian state-owned enterprise Lietuvos Energijos Gamyba, a part of Lietuvos Energija Group, has started preparations for 1 megawatt energy storage system installation in Kaunas Algirdas Brazauskas hydropower plant. Operating in synergy with the plant, the new storage system would become the first and the biggest innovation of this kind in the Baltic States, a press release from the group states.

Using a unique algorithm, the storage system would allow to provide a high-quality frequency containment reserve (FCR) service, compensating the asymmetries in hydro-unit operations. As for today, the service in the Baltics is mainly provided by the Russian power plants, operating in the post-sov