Social Democrat Labour seek a president: A. ButkeviÄŤius mentioned as a potential candidate to his own surprise 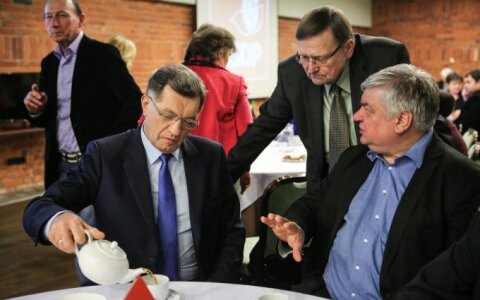 The Lithuanian Social Democratic Labour Party could back the presidential bid of Prime Minister Saulius Skvernelis if he chose to run for president, however the party is also considering the candidacies of Minister of Foreign Affairs Linas LinkeviÄŤius and former Prime Minister Algirdas ButkeviÄŤius, LSDDP member Juozas Bernatonis told lrt.lt. A. ButkeviÄŤius himself assures he is only considering participating in the European Parliament elections.

The head of the LSDDP electoral headquarters J. Bernatonis stated that preparations for the three nearing elections have not yet ended, however a number of decisions have already been made, the politician states.

According to J. Bernatonis, the LSDDP has formed its electoral rolls for the m

Social Democrat Labour seek a president: A. ButkeviÄŤius mentioned as a potential candidate to his own surprise