A. Ažubalis on dual citizenship: you cannot sit on two chairs 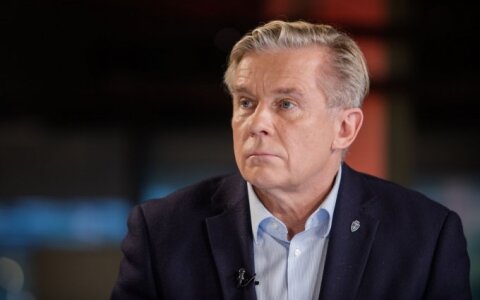 On Thursday, the Seimas passed amendments to the referendum law, which increases the voting deadline to 10PM and expands the number of voting locations abroad with the aim of increasing voter turnout. Furthermore, the new law establishes an institution, which would perform campaigning when the Seimas declares the referendum. The voting bar to make decisions remains unchanged. The new redaction of the law was prepared by a Seimas workgroup for the dual citizenship referendum, lrt.lt writes.

The Seimas has already passed a law that on May 12 and 26, 2019, during the presidential and European Parliament elections in Lithuania, there will also be a mandatory referendum on changing Article 12 of the Constitution. However, the decision was halted after the Seimas itself called on the Con

A. Ažubalis on dual citizenship: you cannot sit on two chairs