LRT Investigation. R. Karbauskis’ secretive business in Belarus. What did the politician seek to hide? 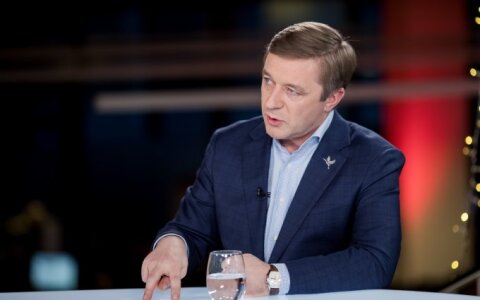 The LRT Investigation Department has uncovered another Russian partner to Agrokoncernas. Fertiliser is also imported from the fertiliser factory Kuibyshev Azot, which is managed and whose shareholder is a member of Vladimir Putin’s United Russia, Viktor Gerasimenko. The head of the fertiliser factory supported V. Putin during the presidential elections and several years ago successfully ran in regional elections together with United Russia. The only shareholder of Agrokoncernas, “Farmer” leader Ramūnas Karbauskis sees no issue with such business partnerships, lrt.lt writes.

Furthermore, as the LRT Investigation department has uncovered, R. Karbauskis has long concealed a business in Belarus for over a decade. R. Karbauskis' Agrokoncernas owns a fertiliser production company there. The politician's business has granted the company hundreds of thousands in loans, howe

LRT Investigation. R. Karbauskis’ secretive business in Belarus. What did the politician seek to hide?