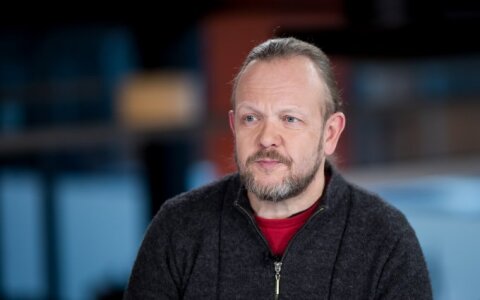 When the Order and Justice party negotiated with the then still whole Social Democrats to join the latter’s’ coalition, the usual division of posts proceeded. Order and Justice received the post of minister of the interior. It turned out that among them, they lacked a politician capable of handling this difficult office; after all, this minister handles both public order matters, the police and municipalities.

The gaze of the man with the concealed tear in his eye (to rephrase Rolandas Paksas' presidential image creator Aurelijus Katkevičius) turned to the police Commissioner General Saulius Skvernelis. The latter covered his epaulettes with a civilian suit and transitioned into politics.