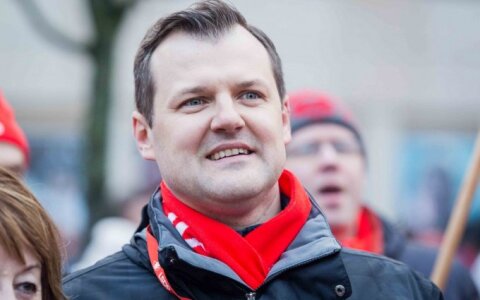 The confrontation between the majority and the president is a public relations stunt intended for the nearing elections, Lithuanian Social Democratic Party (LSDP) chairman Gintautas Paluckas told Žinių Radijas. He is convinced that there is no “war” between the Lithuanian political leaders, which is proven by their decisions in Seimas.

The LSDP leader emphasises that President Dalia Grybauskaitė is smoothly coasting toward the end of her term, while Prime Minister Saulius Skvernelis is considering trying the post of president and the last six months of conflict between the two sides was intentional, based on the president's re