S. Skvernelis about phone call from the president: aid was not offered 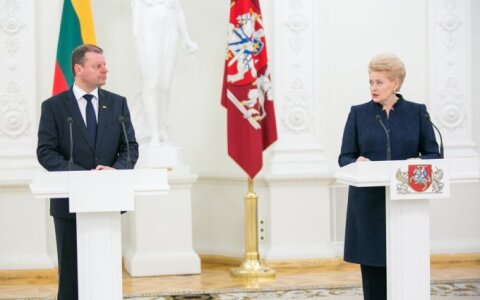 In an interview to LRT Television’s Dienos Tema, President Dalia Grybauskaitė stated that out of concern over teacher wages payment reform, she offered her aid to both the now dismissed Minister of Education and Science Jurgita Petrauskienė and to Prime Minister Saulius Skvernelis. That said, the latter apparently refused aid from the head of state. Meanwhile, S. Skvernelis stated in a cabinet hour held in Seimas that what was offered was not aid, lrt.lt writes.

The president noted that instead of her aid being accepted, what was achieved was "a package with three ministers," referring to the dismissal of the ministers of culture, environment, as well as education and science.

S. Skvernelis about phone call from the president: aid was not offered