Analyst: the prime minister does not comprehend he is not a police general in Venezuela 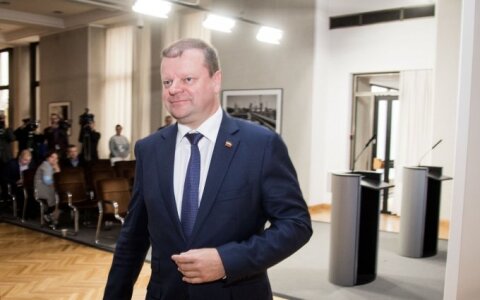 It is unlikely Prime Minister Saulius Skvernelis expected that a protest of discontent teachers over their wage payment scheme would turn into a protest of thousands in front of the cabinet building. It is now the prime minister’s turn to ponder on how to come to terms with the public sector, otherwise who knows what could happen, the dismissed ministers may not suffice and his own future in the cabinet could come into question. Because assurances that the tax reform will improve public sector staff welfare over three years may very well not work, lrt.lt writes.

The irked PM reacted emotionally, stating that such protests are the Conservatives implementation of the Kremlin's plans.

Some two and a half years ago, the same trade union organised the largest since independence teachers' strikes and the then Social Democrat government also promised a wa

Analyst: the prime minister does not comprehend he is not a police general in Venezuela