Romas Lazutka. Who is it that rules us and does Tapinas impact them? 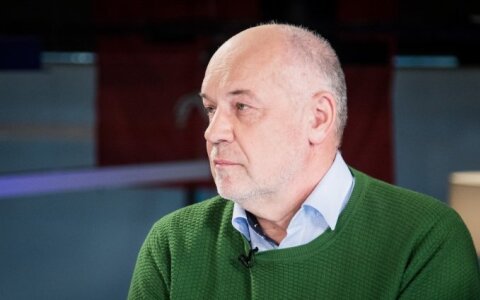 If you think that it is politicians that rule us, you are mistaken. They do not rule, instead they have been bickering for two years, if not over fur coats, then over the budget. And neither the fur coats, nor the budget is theirs. The fur coats belong to Greta, the budget – to Vilius [Šapoka]. As for ruling, that’s only by the hired prime minister and finance minister from uber. Neither of them is a politician by personal choice. The prime minister at least did his work for the party during the elections, while the minister of finance is akin to having been summoned from nowhere through the taxi app.

The professionals' path is not aligned with that of the political roosters. Who is it aligned with then? "You Will Know Them by Their Fruits." (Matthew 7:16) The electoral flowers of 2016 promised the fruits. It seemed, with earnest disappointment, that for a whole year, we will have to suffer wi

Romas Lazutka. Who is it that rules us and does Tapinas impact them?