Skvernelis’ ultimatum regarding elections: it wouldn’t be just any scandal 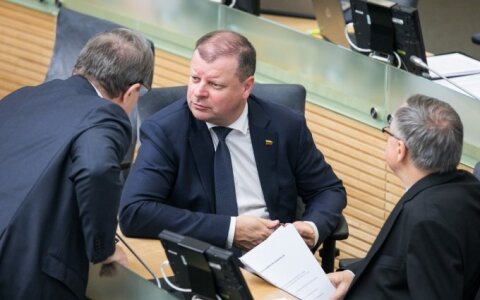 “If the budget is not approved, next year there may be no elections,” Lithuanian Prime Minister Saulius Skvernelis stated on Thursday. According to him, this would happen because the Central Electoral Commission would simply not have the funding for the elections. However, political scientists tell Delfi that elections will happen in all cases but one. However, they note no one would want it.

"In essence, (failing to approve the budget) will lead to a chain reaction because tax reform is linked to pension reform, thus we will be unable to index pensions, that is to say raise pensions, only able to pay base pensions (...) We will live with only a twelfth of the state budget. And this m

Skvernelis’ ultimatum regarding elections: it wouldn’t be just any scandal