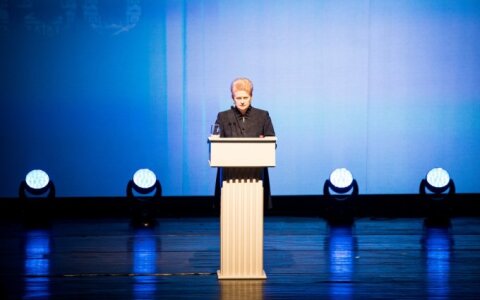 The Seimas Committee on Budget and Finance will request President Dalia Grybauskaitė to answer questions on the financial crisis. She will be sent questions about the actions of commercial banks and the Bank of Lithuania by committee chairman Stasys Jakeliūnas. Former Prime Minister Andrius Kubilius criticises such pursuits and similarly to the president, describes S. Jakeliūnas as inadequate, lrt.lt writes.

With S. Jakeliūnas stating that due to excessive Swedish bank concentration, SEB or Swedbank should be sold, D. Grybauskaitė described the politician as inadequate, but it is specifically commercial banks that will be the main topic the president will have to provide answers on, how she views t