R. Lopata: it could appear that we have become a presidential republic 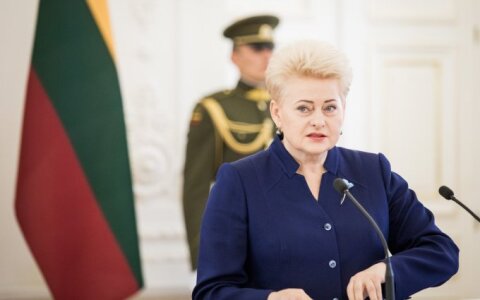 Lithuanian foreign policy is weakened by the fact that all the powers of its formation and implementation are focused in one location – the institution of the president, while its other centres – the cabinet and Seimas are passive, political scientist Raimundas Lopata tells lrt.lt. “Lithuania is a unique country, whose prime ministers do not go to Brussels. It could appear to some that Lithuania has become a presidential republic,” the professor is quoted by lrt.lt.

When asked, where he would travel for his first official visit as president, General Jonas Žemaitis Lithuanian War Academy Science Centre director dr. N. Statkus answers without hesitation – to Riga and to Warsaw as second. The first visit being to Latvia, the expert believes, would be the mos

R. Lopata: it could appear that we have become a presidential republic