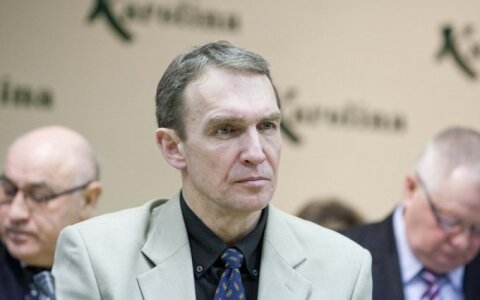 Having gained popularity in Germany, the far right party is seeking supporters in Lithuania as well. At the invitation of presidential candidate Arvydas Juozaitis, three MPs from the anti-immigration and recognising the Crimean annexation Alternative for Germany, have arrived in Lithuania. A. Juozaitis says that their view match over immigration and the European Union, but not Russia. Political scientist Tomas Janeliūnas notes that isolated by traditional parties in Germany, the AfD is seeking international recognition, lrt.lt writes.

This is not the first visit by this party's MPs in Lithuania this year. In February, conservative MP Laurynas Kasčiūnas invited its members to Vilnius, however cancelled the meeting upon being met with criticism.